Florianópolis, capital of the State of Santa Catarina in southern Brazil, is one of Brazil’s most beautiful state capitals, being built on an island, and surrounded by 42 beaches and two large lakes. Considered one of the best tourist destinations of Latin America by New York Times, and also the most receptive city in the world according to Condé Nast Traveler, Florianópolis gathers tourists from several countries throughout the year. Azorean traditions and the livelihood of fishing communities coexist with modernity. Legends and superstitions, inherited by all generations, have been collected by the historian Franklin Cascaes and still impress locals and tourists visiting the island today. The Costão do Santinho is an area of great historic value on the Island of Florianópolis, for its rock inscriptions. The high season for tourism is January through March, the summer months in the Southern Hemisphere. 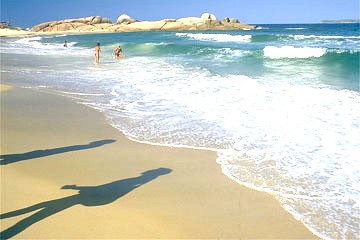 Book a Tour Package to Florianópolis