Rio de Janeiro, the “Cidade Marivilhosa,” is situated in one of the world’s most beautiful settings. Corcovado and Sugarloaf Mountains, and Copacabana and Ipanema Beaches are world famous. Rio’s 10 million inhabitants called “Cariocas” live within a wide area stretching from the flat, northern, industrial part of the city, to the southern area, featuring spectacular mountain peaks and beaches. Rio is the world’s largest tropical city, as well as one of the world’s most densely populated cities. Home of the rich and famous and many poor, the cariocas share with visitors pleasures to be found nowhere else: beaches and the body beautiful, samba and bossa nova, futebol and cachaça. 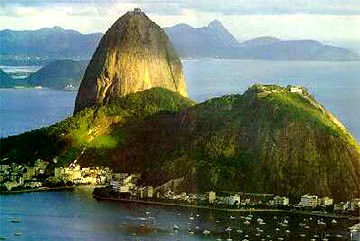