The oldest and most historic city in Brazil, Salvador was the capital of Brazil for over two centuries, before relinquishing the title to Rio in 1763. The bay on which the city was built (Baía de Todos os Santos) afforded a superb natural anchorage, while the surrounding land was ideal for sugar cane and tobacco plantations. African influences are everywhere. Salvador is the cradle of candomblé, macumba and umbanda, Afro-Brazilian religious cults that have millions of devotees across Brazil. The city has a marvelous local cuisine based on African ingredients like palm oil, peanuts and coconut milk. Many of Brazil’s leading writers, poets and musicians were either born or lived in Salvador, including Jorge Amado, Vinícius de Morães, João Gilberto, Gilberto Gil, Caetano Veloso, Maria Bethânia, and Gal Costa. The city’s music is as rich as ever, and bursts out every year in a Carnival that many think is the best in Brazil. 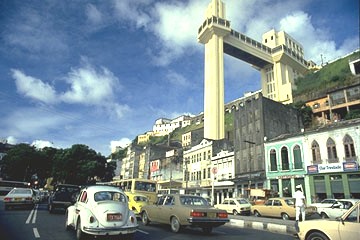 Book a Tour Package to Salvador